Department of postgraduate and doctoral studies 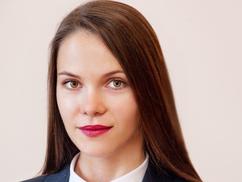 Acting the head of the department of postgraduate and doctoral studies

Approval of the topics of PhD dissertations for first year postgraduate students at the Academic Council of VNAU, October 4, 2017

Today the future scientists and teachers study in postgraduate study on 8 specialties in the field of technical (132 - material science, 133 - industry engineering and 181 - food technology and engineering ), agricultural (201 - agronomy and 204 – technology of livestock products production, economic (051 – economy and 071 –The accounting and taxation ) and veterinary sciences (212 –veterinary Hygiene, Sanitation and Expertise ). And also in doctoral studies on specialty 051 - economics. Despite the fierce competition between educational institutions, interest in our university remains high.
The first year postgraduate students after the approval of the themes of the candidate with rector V.A. Mazur and Vice-Rector for scientific, innovative and international activities I.V. Honcharuk, 27.09.2019.
Despite the dynamics of reducing the number of university graduates, VNAU's postgraduate studies are still not only completely closing the state order, but also recruiting contract workers. Scientists from 25 higher educational institutions of Ukraine come to us. 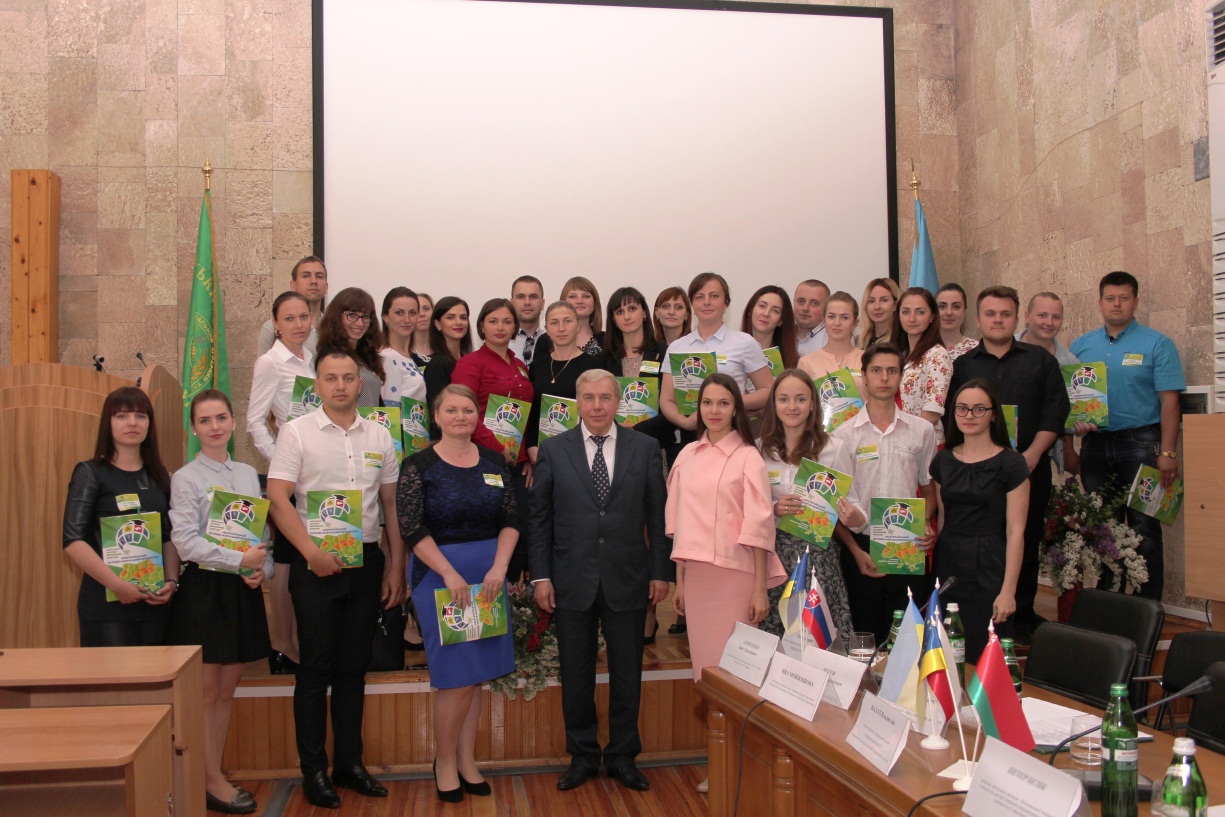 Postgraduate students of VNAU together with the President of the University Grigory Kaletnik at the International Scientific and Technical Conference, May 24, 2017 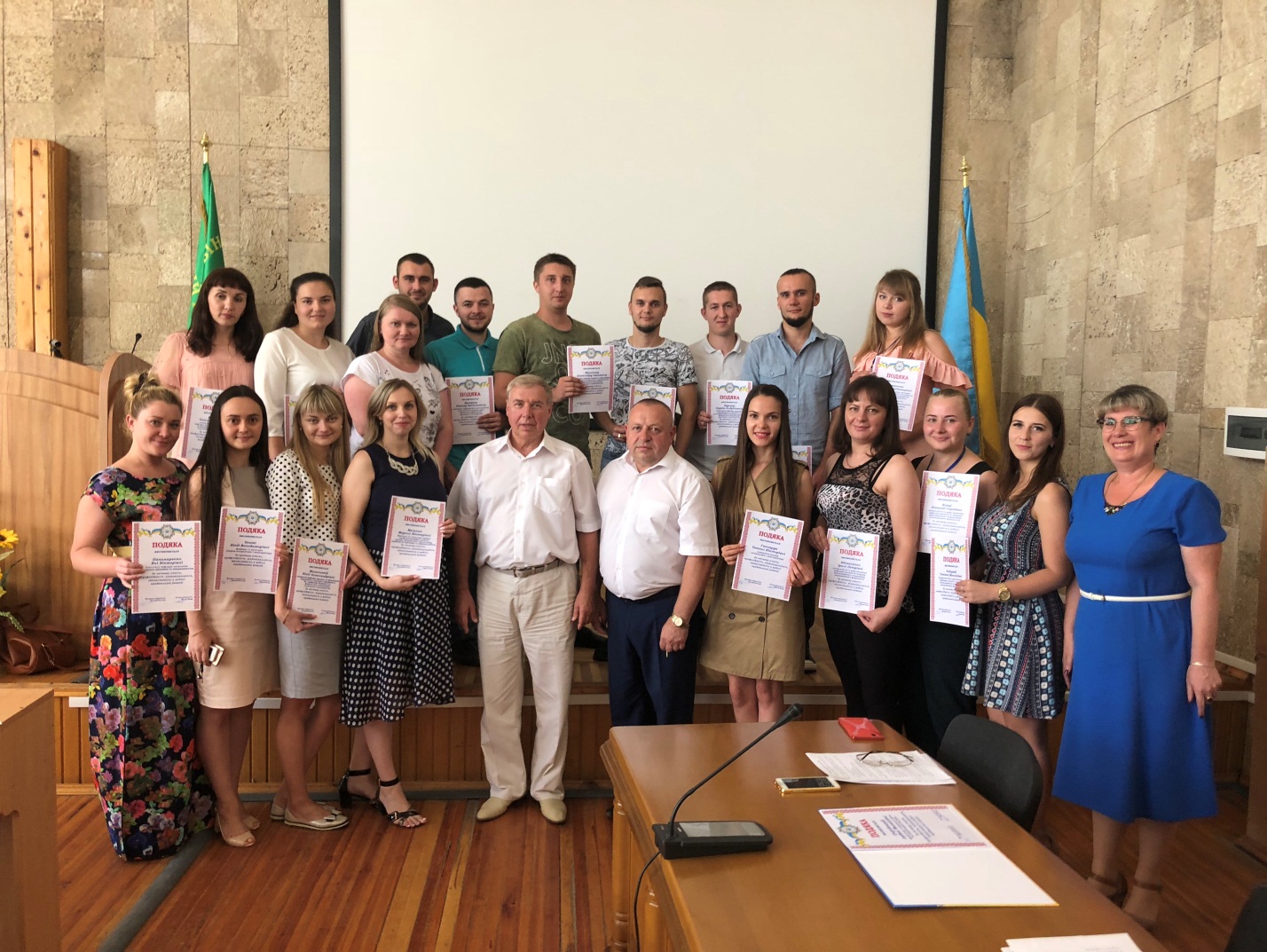 For the fifth year in a row, the Postgraduate and Doctoral Department has switched to electronic system of knowledge evaluation by Socrates' internal system, the teacher, when presenting the final evaluation for the exam is guided by two criteria: the results of the current control and the number of points which the postgraduate received at the exam (credit) based on the results of computer testing. This system is transparent and accessible because every graduate student, regardless of location, has access to it, which significantly reduces the amount of classroom workload for the graduate student and the teacher.
The greatest pride of VNAU is postgraduate students - representatives of the agrarian elite of Ukraine, the hope and glory of the hardworking Ukrainian people. They are capable of learning, talented in creativity, persistent in sports, progressive in the scientific field, active in the life of the university and the region, their successes are sincerely happy, we are proud of them. The glory of the talented youth of our university stretches across the borders of Vinnitsa region. 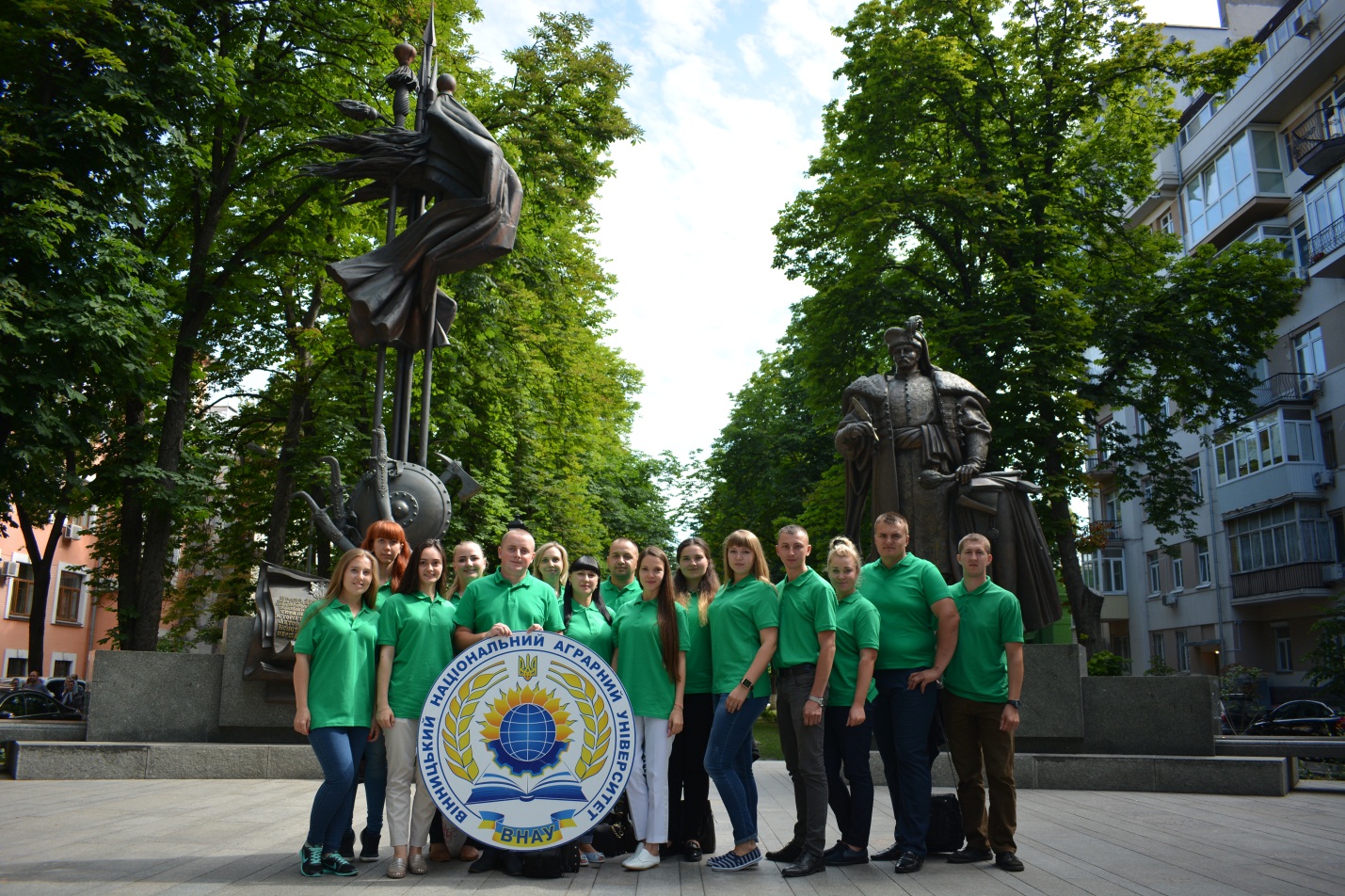 Not without pride, we can remember the victory of postgraduate student Alexander Yaremchuk in the international essay contest "Twenty-five years of parliamentary cooperation in the Black Sea region - views and prospects for the future", which was held in Tirana, Albania, June 19-21, 2018.
From 17 to 23 April 2019 a graduate student of VNAU, four times champion of Ukraine, three times world champion, winner of the Ukrainian Steppe Cup Dudnik-Tanasyuk Yevgenia took part in Stockholm Tap Festival (STF), which was held in Sweden - Stockholm. 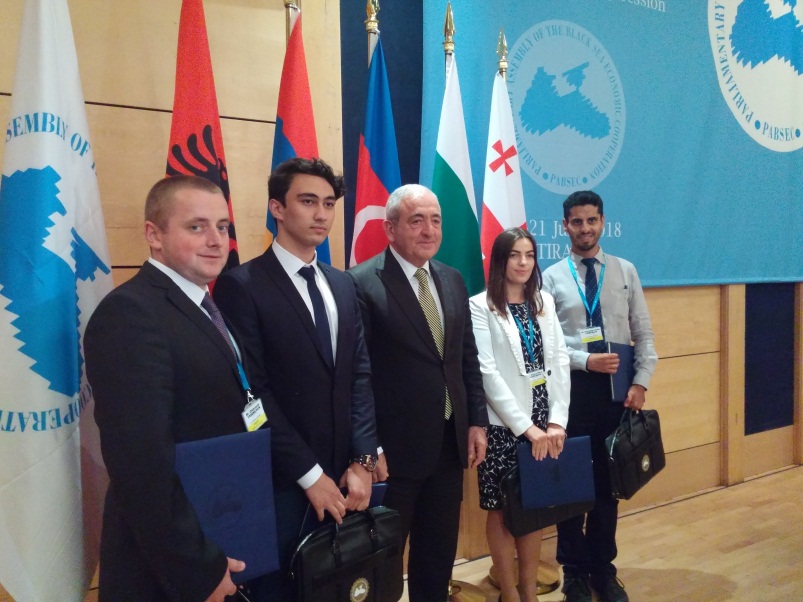 Participation in scientific-practical conferences of postgraduate and doctoral students of VNAU is an integral part of their scientific growth. Young scientists actively participate in all scientific-practical conferences and internships held, first of all, on the basis of VNAU its structural units, as well as at home and abroad. The number of scientists who have publications in publications, for which they are included in the international scientific bases Scopus and Web of Science, is gradually increasing. 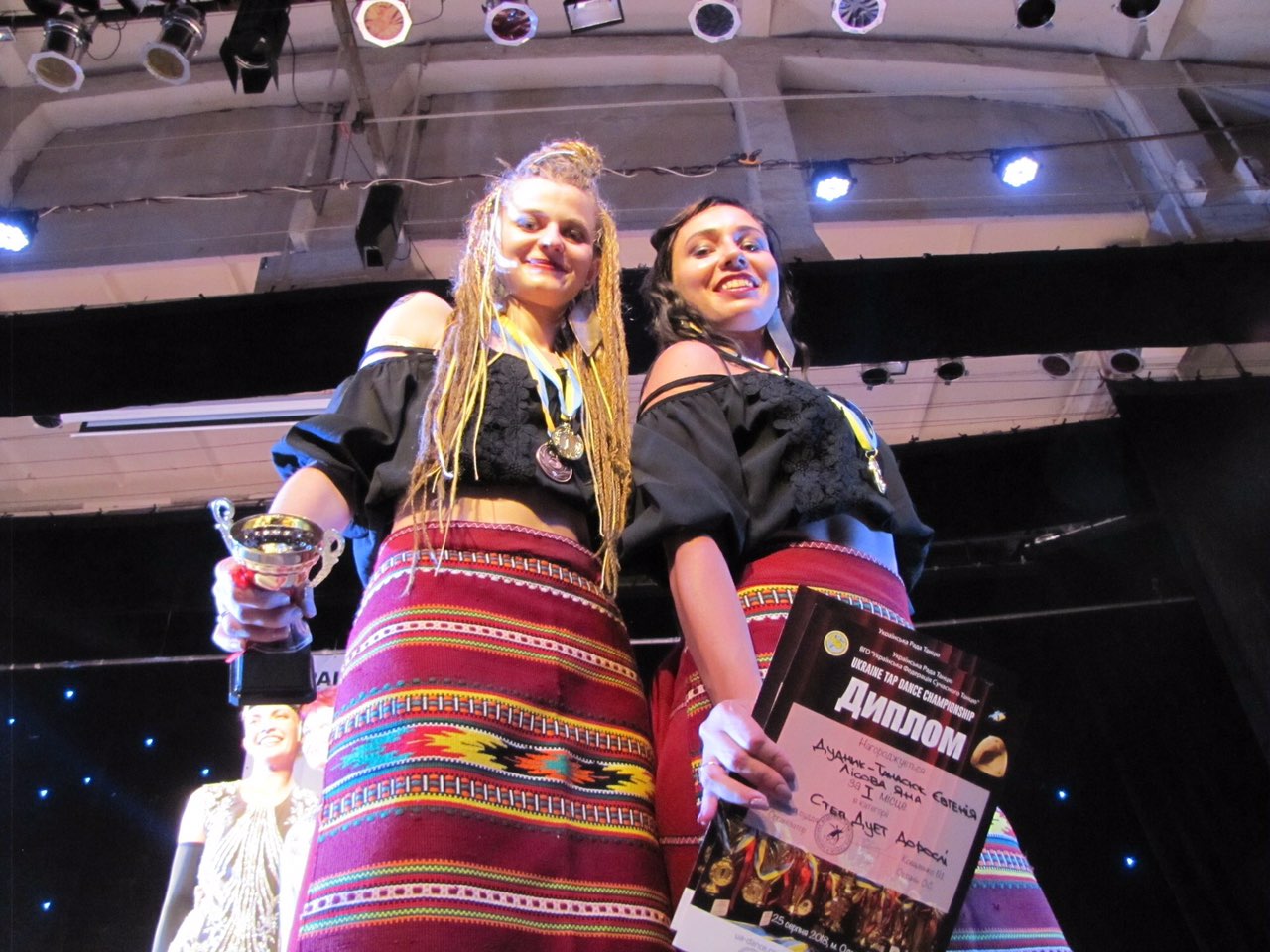 From June 27 to July 2, 2019 post-graduate student Tomashuk Inna took part in the III International Scientific and Practical Conference "Ukraine, Bulgaria, EU: economic, technical and social problems of development" and passed an international internship in the direction "Economics" at the University "Prof. Dr. Asen Zlatarov". Burgas, Bulgaria.
We are proud of our scientists and are convinced that the scientific treasure of VNAU will be constantly multiplied by the successful defense of postgraduate and doctoral dissertations for the degree of Doctor of Philosophy of the capital (Candidate of Sciences) and Doctor of Sciences, as well as other significant scientific achievements. 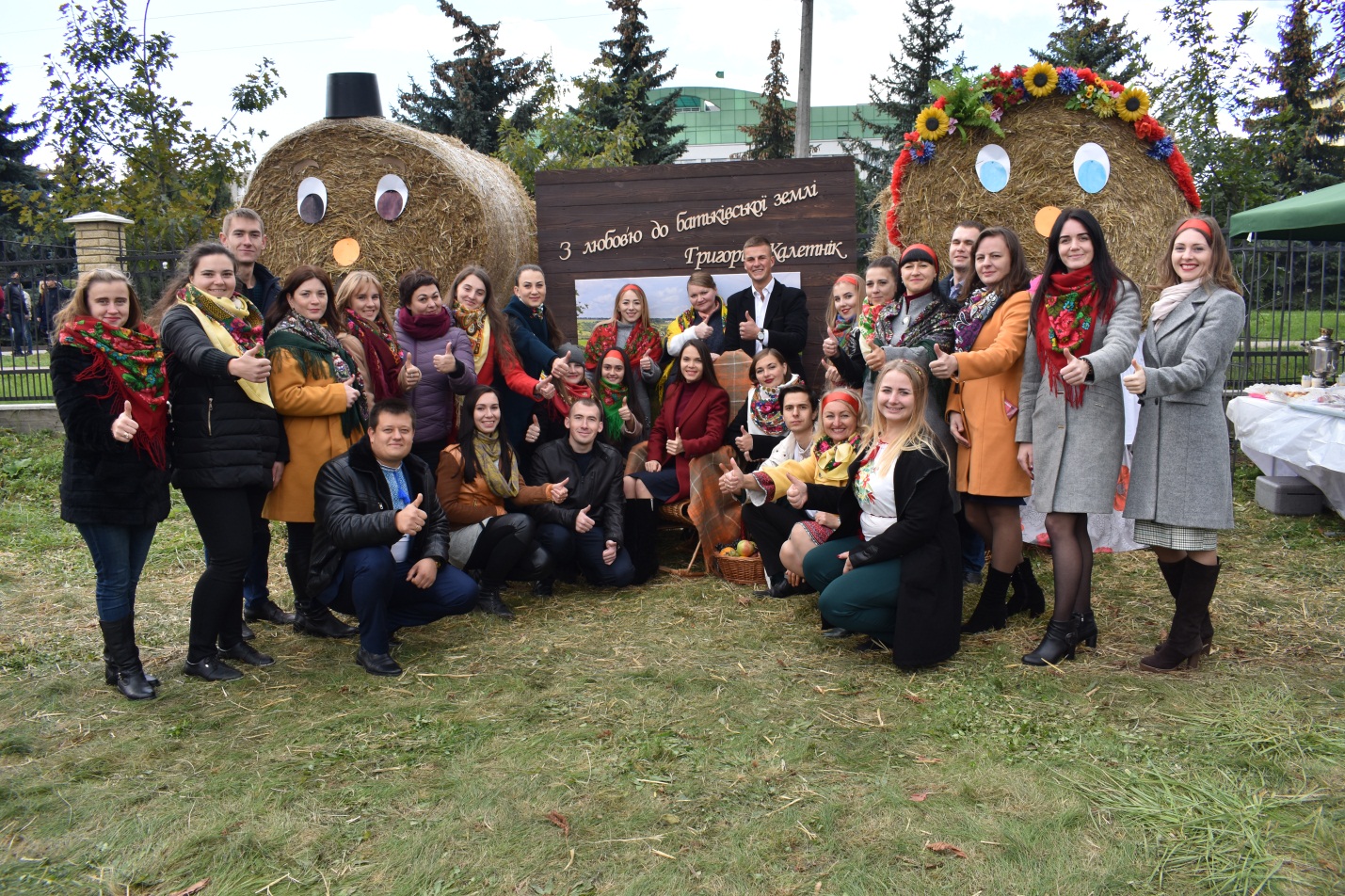 Postgraduate and Doctoral Studies Department at the Celebration of the 36th Anniversary of the Founding of Vinnitsa National Agrarian University, October 4, 2018 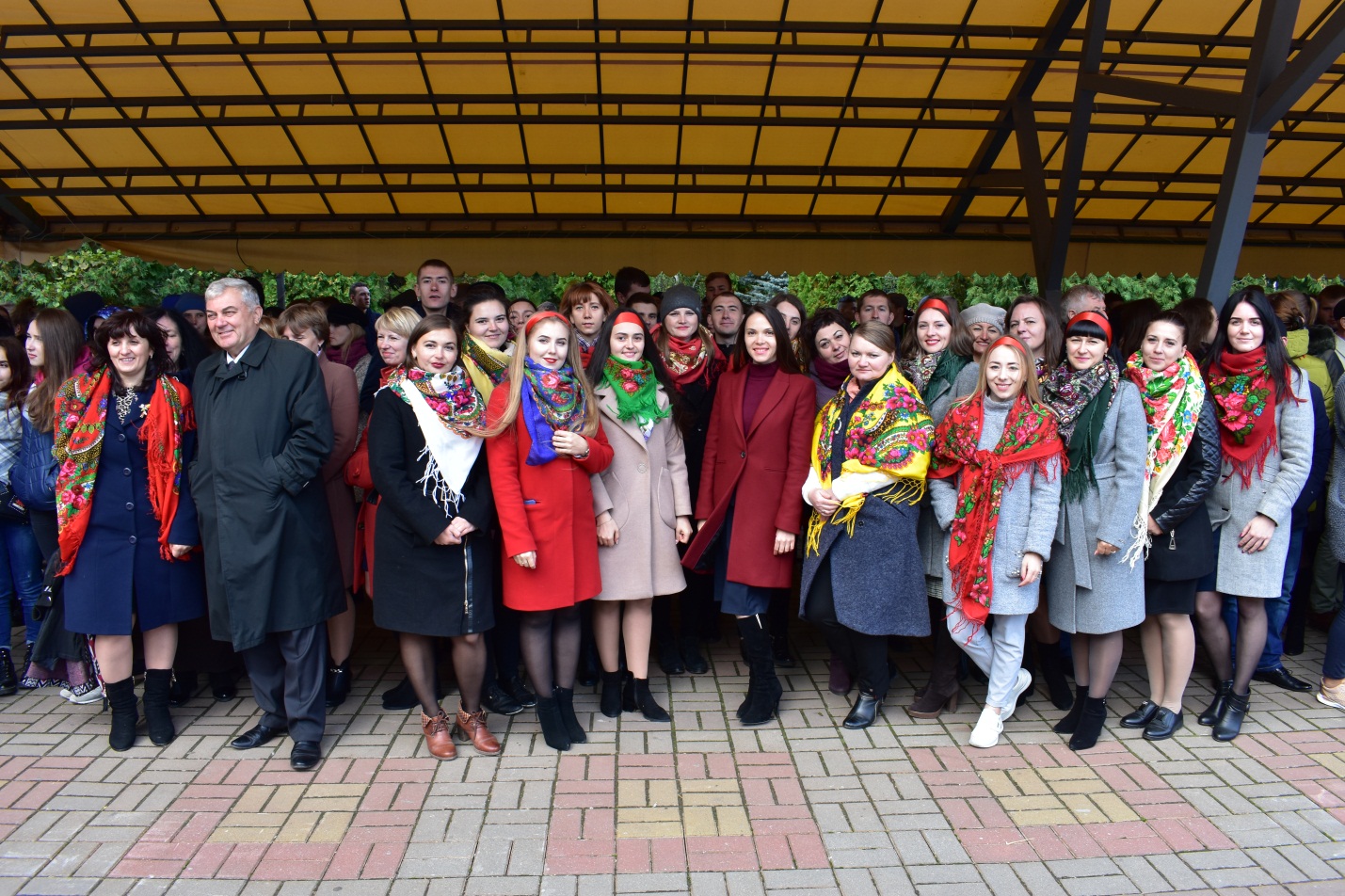 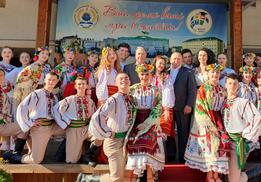 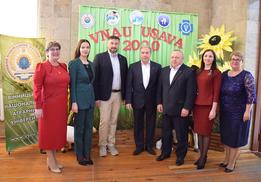 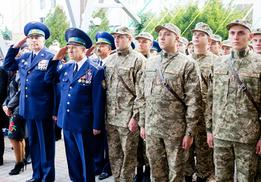 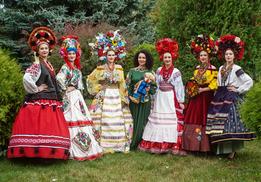